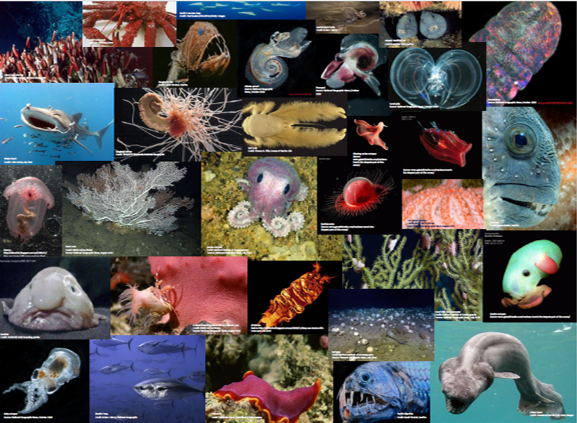 Marine biological diversity in areas beyond national jurisdiction (BBNJ) is extensive, diverse and essential for life on Earth. All parts of the ocean are interconnected through ocean currents and the migration of marine species across and between ocean basins.

The ocean is a dynamic environment  - nutrients, gases, energy and heat move both horizontally across marine realms and vertically within the water column through physical, chemical and biological processes that enable their distribution across latitudes, longitudes and water depth. Marine species, ranging from microscopic plants to large marine mammals are moved by currents or migrate across states’ boundaries – between state borders and areas beyond national jurisdiction.

Ensuring the conservation and sustainable use of marine biodiversity in ABNJ will need to take into account ecological connectivity of the ocean beyond legal jurisdictions and the intricate ecological, biological and oceanographic links that make the ocean the dynamic and living environment it is.

REPORT: Ecological Baselines of the Southeast Atlantic and Southeast Pacific

Extensive surveys and research on the geology and biodiversity in the region are still needed, but some areas have already been highlighted as important for biological diversity, either as Ecologically or Biologically Significant Areas (EBSAs), Vulnerable Marine Ecosystems (VMEs), Key Biodiversity Areas (KBAs)or Important Bird Areas (IBAs). It is likely that further research will highlight more areas as significant biodiversity hot spots.

Definition: A Biological hotspot is a region containing significant biodiversity but is threatened by human activities. 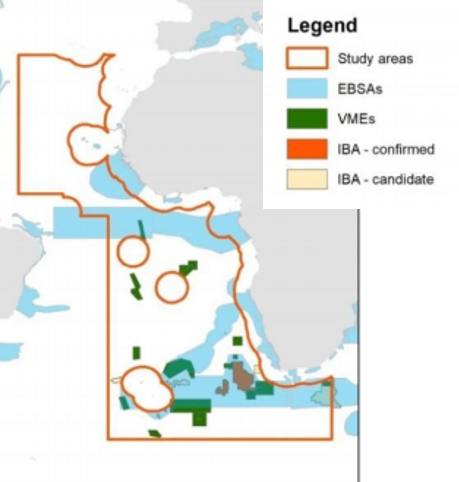 The Southeast Atlantic contains a number of interesting geological features, including 25% of the world's seamounts. Seamounts form biological hotspots with distinct, abundant and diverse fauna, as well as providing feeding ground for migratory species.

The Southeast Atlantic deep-sea ocean floor is a combination of vast, relatively flat expanses of abyssal seafloor (such as the Cape Verde Plain and the Angola Plain), interspersed with features including mid-oceanic ridges (such as the Mid-Atlantic Ridge and the Walvis Ridge), hydrothermal vents, seamounts and guyots.

Seamounts are ubiquitous within the Southeast Atlantic, however a higher concentration of them has been predicted at the Mid-Atlantic Ridge, the Walvis Ridge and the Guinea Rise (Kitchingman & Lai, 2004). 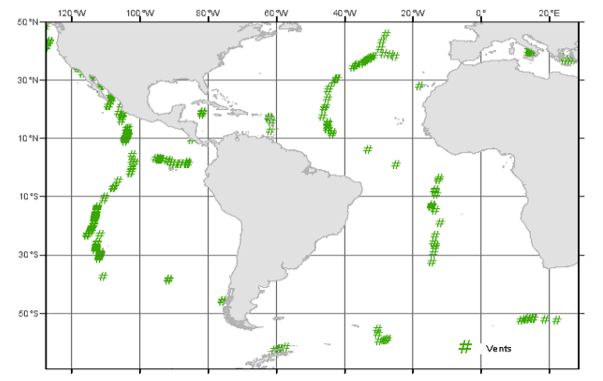 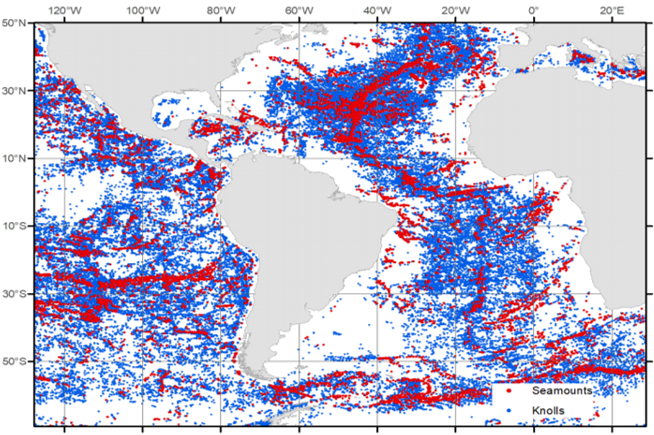 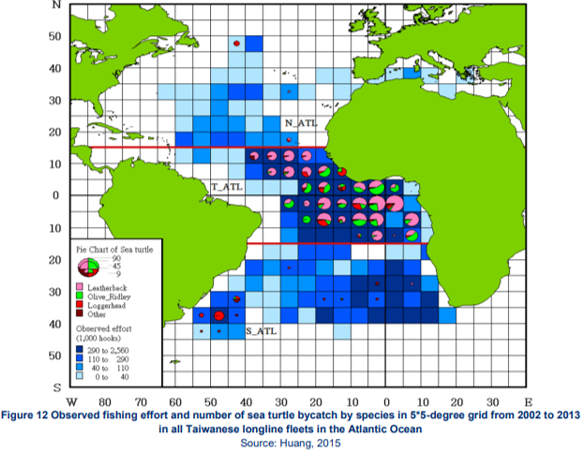 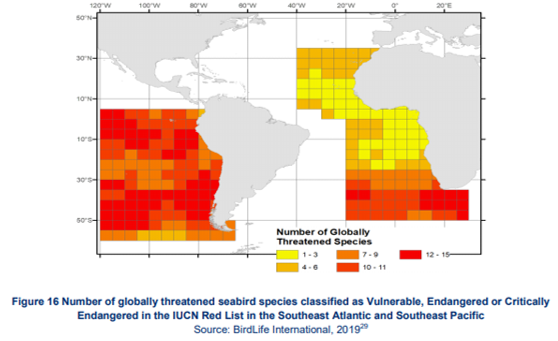 This animation helps give some idea on how deep the ocean is.

Highly migratory fish stocks are found both within exclusive economic zones (EEZs) and Areas Beyond National Jurisdiction (ABNJ). Connectivity of fish stocks between EEZs and ABNJ is relatively poorly described for many fish species, increasing the risk of negative effects, due to over-fishing and other anthropogenic activities, to coastal countries. A loss of genetic diversity could result due to the exploitation of fish in vulnerable ecosystems (e.g. seamounts) and the exploitation of resources (e.g. mining, energy) could cause damage to habitats or feeding grounds.

The Southeast Atlantic is an important area for the migratory movements of charismatic marine species, including sea turtles and marine mammals.

Seabirds are amongst the most threatened groups of birds, with all the species found consistently in ABNJ waters exhibiting highly migratory movements. Accidental mortality from fishing (bycatch) is the single biggest threat to seabirds in ABNJ. The huge areas that seabirds typically cover on migrations, often spanning entire ocean basins, makes area-based management tools (ABMTs) a very challenging proposition, unless management measures can be both enacted and enforced across vast areas, which currently is not considered possible.

We still have so much to learn about the biodiversity of the deep sea, but we do know there are many interesting and unique animals there. Have a look at this bestiary of the deepsea for examples. Or explore the Census of Marine Life's visualizations.